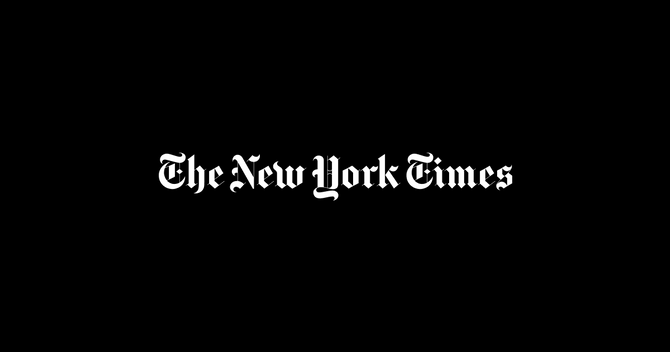 Want this column in your inbox? Sign up here.

Do you have Presidents’ Day off? I hope so, and that you’re spending it someplace warm and dry, even if that’s just a nest of pillows your living room. The third week of February is the peak of winter drear, in my opinion, and we could all use a break from the gray skies and interminable drama in Washington. Whether you’re heading into a short workweek or not, here’s what to know when it starts, from the latest on President Trump and the wall to the market outlook from the billionaire investor Warren Buffett, and other business and tech news.

What’s Up? A New Can of Worms

So much for negotiating. Congress passed a spending bill to keep the government open before the deadline on Friday, but the legislation only includes $1.375 billion for 55 miles of steel-post fencing along the southern border. That’s a fraction of the $5.7 billion for more than 200 miles of steel or concrete barriers that President Trump has been demanding for months. Mr. Trump responded by declaring a national emergency to tap into billions of dollars originally earmarked for other government projects. Critics view this action as an attempt to save face on his wall promises. But the move also raises questions about his executive powers, and will most likely be challenged in the courts.

Not Such a Prime Location

Alexa, we hardly knew thee. Amazon abruptly canceled its plan to build a sprawling corporate campus (also known as HQ2) in New York City, citing backlash from government leaders, unions and residents. Although the company promised to bring 25,000 new jobs to the area, that wasn’t enough to drown out critics who opposed the cushy tax breaks and other financial incentives that New York lawmakers used to lure the tech giant to Long Island City, Queens. “A number of state and local politicians have made it clear that they oppose our presence and will not work with us to build the type of relationships that are required to go forward,’’ Amazon said in a statement on Thursday. It still plans to build another campus in Virginia.

Oh look, the dreaded tax forms in your mailbox: It’s that time again. To make this season even more painful, millions of Americans will get smaller tax refunds this year, or find that they owe money despite no changes in their salaries. Yes, the Trump administration’s tax overhaul was supposed to keep more money in your pocket, but the average refund for early filers was down 8.4 percent. What’s going on? For some taxpayers, it’s that certain deductions no longer apply. For others, it’s that less money was withheld from their pay last year. Either way, this isn’t what you want to hear from your accountant, and it could dampen consumer spending in the coming months.

If you’re in the market for some corny investment jokes, look no further than Warren Buffett’s annual shareholder letter, which he will post on Saturday along with financial results for his company, Berkshire Hathaway. The third-richest man in the world, Mr. Buffett, 88, has used his yearly letters to deliver dad humor, nuggets of financial wisdom and insights into his big-picture view of the economy since 1965. Many people pore over his words for stock tips, but they’re also worth a gander if you're interested in learning from one of the most successful and experienced private investors in history.

What the Fed Was Thinking

Remember when the Federal Reserve suddenly changed its mind about raising interest rates at its January policy meeting and adopted a more hands-off approach that sent markets into fits of glee? The Fed may offer more clues about its flip-flop when the minutes from that meeting become public on Wednesday. The Fed’s chairman, Jerome H. Powell, has now indicated that the Fed won’t raise rates again until inflation accelerates — a reversal of previous policy. Higher rates are intended to keep the economy steady as it grows, so it’ll be interesting to learn why Fed officials felt compelled to take their hands off the levers.

The Standoff Drags On. And On.

If you hoped that American and Chinese officials might start making some real progress in resolving their trade war, sorry. Yet another round of talks concluded this past week with no resolution in sight, although they will continue this coming week in Washington. Mr. Trump is supposedly considering a 60-day extension to the looming March 2 deadline for a deal. If the world’s two largest economic powers can’t come to an agreement, the United States has threatened to impose punitive tariffs against Chinese goods, hurting consumers in both countries. The upside to giving negotiators more time is obvious: The tariffs could be avoided, or at least put off. The downside is that it leaves companies — and even entire industries, like soybean farming — in limbo for even longer.

Surprise, surprise: Prime Minister Theresa May hit another setback over Britain’s fraught exit from the European Union when her own party splintered on Thursday. Speaking of hot water, Facebook may have earned itself a multibillion-dollar fine from the Federal Trade Commission over privacy violations. Elsewhere in big money: JPMorgan will be the first major American bank to roll out its own cryptocurrency, even though its chief executive called bitcoin “a fraud” back in 2017. And finally, can’t afford an engagement ring for your loved one? Consider this $1.30 plastic version.