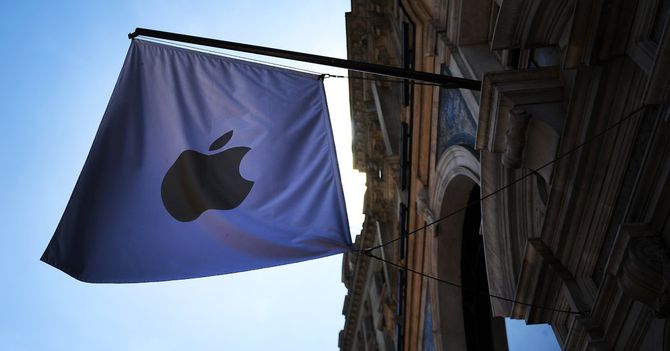 Apple is handing cash back to its shareholders at an unprecedented rate.

The iPhone maker repurchased $43.5 billion of its own stock during the first six months of this year. Not only is that up from more than $14 billion during the same period last year, but the company’s repurchases in the past two quarters also rank as the biggest in history, according to Howard Silverblatt, a senior index analyst with S. & P. Dow Jones Indices.

Among companies in the Standard & Poor’s 500 stock index, each of the five largest quarterly stock buybacks on record were by Apple.

Apple’s increased spending on its own shares follows the $1.5 trillion tax cut signed into law late last year. The overhaul lowered the corporate tax rate to 21 percent from a high of 35 percent and provided a permanent break on overseas profits. The aim was to encourage companies to make long-term investments in things like new workers and factories to stimulate the American economy.

The legislation has caused corporate America, to ramp up stock repurchases. In the first quarter of 2018, companies in the S. & P. 500 purchased a record-breaking $178 billion of their own shares.

That added to its already record level of returning capital to investors. No company has bought back more shares since 2012 than Apple. It has repurchased almost $220 billion of its own stock since it announced in March 2012 that it would start to buy back shares. That is roughly equivalent to the market value of Verizon Communications. Over that period, the number of Apple’s shares outstanding has dropped by just over a quarter.

Like most stock repurchase efforts, Apple’s buyback program has helped bolster its share price in recent years. Apple shares are up 18 percent this year and nearly 150 percent since March 2012. By reducing the number of shares on the market, buybacks also lift a company’s earnings per share — a key metric for investors. For instance, Apple’s earning per share grew 40 percent last quarter compared to the same period last year, while its net income rose just 32 percent.

Apple’s buyback binge also affects the calculation of its stock market value, which is approaching $1 trillion. Based on its share count from its fiscal second-quarter filing, the company would have a market value of $984 billion Wednesday. But Apple reduced its share count by 5.5 percent during its fiscal third quarter ending June 30. That means Apple’s market capitalization stands at roughly $970 billion and its shares now need to hit $206.49 for the company to be valued at $1 trillion.